Please Pass It On! AdminGlobal ModMod. One of the elementary schools where I go to teach ESL has a neat set-up with a fairly large “play hall” across from several of the class rooms, so instead of walking down the hall to go from one classroom to another, you walk through this room which by the way is really pretty with light-colored wood walls and floors and beautiful big windows. In one corner of this room is an old upright piano that is always available for whoever wants to play it.

I often see students gathered around that piano while one of them plays something, and I often look longingly at the piano, but I have never gone over there myself, either I’m too shy or too busy getting ready for the next class. But today, I had a free period so I was not in a hurry, and when I walked out of the classroom and into the play area, a few girls were gathered around the piano and one of them was playing.

I went over to listen, and after one girl stopped, they said they were taking turns and it was my turn so could I play something. I did all the usual excuse-making I’m not very good, I don’t have any music with me etc but they were very insistent. Fortunately, for the last few weeks, I have been working on David Nevue’s Overcome without the score.

But the girls were 3rd and 4th graders and I was thinking “they’re probably not going to like that kind of music. The piano had the kind of touch you often get in an upright that is much-loved and much-banged upon by little hands, somehow those uprights always feel so easy to play.

I could feel myself get nervous so I just tried to concentrate on the music and forget that I had an audience all standing within 5 inches of me! Once at another school, I played for a while and davie I finished all the kids had gone off to play!

So I figured that would happen this time. But something must have been working right because I think I did the best performance of this piece that I ever have, and finished it feeling moved and surprised by my own playing.

While I was playing, the three or so girls grew to a much bigger group, including some boys, and they were all perfectly quiet while I was playing so I didn’t even realize more kids had come to listen.

When I stopped, they all clapped enthusiastically and said things like “wow” and “that was pretty” and one girl said “I never get to play music like that in my lessons. Then I said “ok, who’s next?

Just as she was finishing, the bell rang and they all moaned about the break overrcome being too short and went scurrying off to their classrooms. When I went down to the teacher’s room, apparently I had received a phone call so one of the teachers had been looking for me and was worried because I’d “disappeared!

Also, I am usually running from one class to another, or from one school to another, so I rarely just “hang out” with students, and I felt like we shared something special during that time. I don’t think I’ll ever forget that. Also as you can imagine, that little event was an incredible confidence booster for me!

Anyway, I just wanted to share that with everyone here. Thanks envue reading this rambling post! Started piano June My recordings at Box. ShiroKuro, what a nice story!!

From the recordings we have heard of you playing, I don’t think you ever need to think twice about playing any piano you happen to come across. So, you need to start playing that piano on ocercome regular basis!! I played a grand piano nnevue the music store over the weekend.

A small part of David’s “Home” and was very surprised when daviid couple of people actually stopped and listened. I started shaking and sweating and messing up. I know I’m not very good yet, but they seemed to appreciate my playing anyway!

When I reach the place I’m going, I will surely know my way. Awesome Shiro, what a memory you made that day! In the intermission at the Whisperings concert last weekend, there were all those dozens of Steinways, just asking to be played. But I’m nowhere near good enough to sit down and play with a bunch of people around. I am so looking forward to the time when I am good enough. Shiro that is a great story I loved reading every word and you told it wonderfully I was almost there with you thanks for sharing Lee and you are right it gets easier and easier the more you do it honest Bob, never bypass an opportunity Thanks for sharing that story Shiro!

I also enjoyed every word and could actually picture the scene with you and the kids! What a wonderful opportunity to share your music! 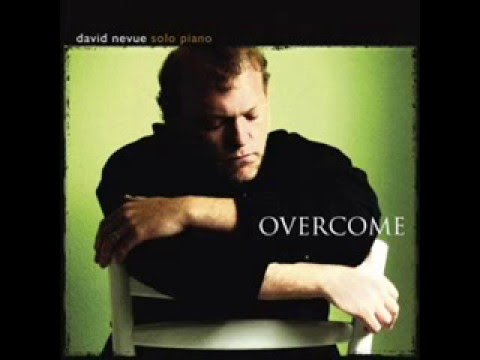 It’s the overco,e not the destination. Shiro, that is one of the best stories i have read about a real life experience of piano playing in public. Remember it the next time you sit down to play for others and start getting nervous. What a delightful story Shiro.

As everyone else has already said The church choir director asked me if I was playing in public yet. We have guest music during the summer. Yes, for close friends, and complete strangers. Nope, not at church! Everyone, thanks for all the nice comments. At first Pvercome was thinking no one would be davjd so I wasn’t going to post it, but now I’m really glad I did! This little experience gives another reason for always having at least one piece memorized and ready!

Originally posted by rocky: Thanks for telling it to us. Thank you for the story, I really enjoyed reading it! Your details are so rich that I could imagine the whole scene play out in my mind. Lovely poignant moments like those really just happen when we least expect it, don’t they? I think it’s a good idea to play for the others as often as possible. You never know when your playing might inspire someone, or at least lift their spirits.

You give because you love and cannot help giving. Mel, you know, on this board a lot of people, including me, have said something like “you should play for people whenever you have the chance” because it’s a great opportunity to get more performance experience, which is the key to overcoming stage fright and nervousness.

But I have never heard a comment like yours before. I think most of us ABers tend to put ourselves down so much, or we just treat ourselves like beginners not capable of making real music, to the point where it would never occur to us that our playing might inspire someone or lift a mood.

That is such a wonderful thing to say, thank you for sharing it! I get such joy out of music and out of playing it, it would be an honor to think that my playing would give joy to someone else, but I guess I rarely “let” myself realize that.

And yet, live music is such a wonderful thing to hear, you don’t have to be a little Mozart to create a little magic. So here is another reason to take every opportunity to play: What a beautiful story!

You are a born storyteller! Have you ever thought of being a writer? I think in the audience there were children dreaming of playing the piano like you someday and you probably inspired some of those children to think about learning to play the piano. I am working on Overcome right now. How long did it take you to learn it and how long did it take you to memorize it? Overcome didn’t take me very long at all to learn, it’s the sort of piece that I think my brain just naturally soaks up unlike some other music, that I struggle and fight with.

It didn’t take very long to memorize because I spent a few days “playing” the piece in my head, away from the keyboard. Usually I can’t do this, but I managed to with this piece. I’d play it in my head, often with my eyes closed.

I made sure to look at the clock before starting, so that when I finished if I finished too soon, that meant I either skipped a section or that I wasn’t really creating the music in my imagination. If I got confused about where I was, I’d get the score out, look quickly and then put it away.

You might try this if you want to memorize it. Or even just go over the sections and the order of them in your head. For example, say to yourself “top of 2nd page is the section with LH playing mixed eighth and quarter note pattern, bottom of second page LH changes to 16th notes”.

Do not fear to be eccentric in opinion, for every opinion now accepted was once eccentric. I was catching up on all the threads I missed out on during my vacation, and this was such a great story I couldn’t resist commenting. Congratulations, ShiroKuro, for overcoming pun intended your nerves and playing for your students! I think you should make it a habit to arrive a little early or reserve some of your break time to go over and play a piece each day.

I’m a huge believer in the idea of playing for short intervals as often as you can in front of people as a way of tackling performance anxiety. I think it also can be a good pedagogical tool, too, as it is a way of connecting with your students and letting them davic you as a person with hobbies and outside interests of your own and not just as The Teacher. I was at that school last week different grade and some girls came up to me and said “you’re coming to our class in July right?

They remembered the last time when I was saying I couldn’t play much from memory! I’ll be sure to post if I play again successfully or not I wish more schools an open room with a piano like that! Happy New Year ! Knabe Piano by Dre